Joe Biden, the Presidential candidate for 2020 elections, just announced that his Vice President pick is the US Senator of California, Kamala Harris. A woman with biracial roots to be chosen as a vice-presidential candidate is something that is historic and the Biden-Harris team now has a high chance to win the election this year.

Furthermore, for the first time in American history, instead of a ‘second lady’, there would be a ‘second gentleman’ and that person would be Kamala Harris’s husband Douglas Emhoff.

Since Kamala has been in the spotlight for quite a long time for being a successful Black politician and there were many interviews and research done on her when she was a nominee for the VP pick.

But we know enough of Harris so it’s time to know more about the background of her husband who is gonna support her political career. Here is everything we know about Kamala Harris’s husband Douglas Emhoff.

Douglas is Around 55 Years Old

Douglas C. Emhoff was born on 13th October 1964 in Brooklyn, New York. He is Jewish and he was born to Michael and Barbara Emhoff. He moved to California when he was a teenager.

He is an Entertainment Litigator

Much like his wife who was also an attorney, her husband Douglas also has a successful law career and has worked in law for well above 25 years. He is an Entertainment lawyer who started his career at Pillsbury Winthrop’s litigation group.

He currently works as a litigator and partner at a multinational law firm, DLA Piper at both the Washington D.C. and California’s offices.

He Attended the University of Southern California

He Met Kamala Through a Blind Date

Kamala Harris and Douglas Emhoff were set up for a blind date in 2013 by one of their mutual friends, PR consultant Chrisette Hudlin. They dated for about a year and got engaged when Douglas proposed her by getting down on one knee with a huge diamond platinum engagement ring on their California apartment on 27th March 2014.

He got Married to Kamala Harris in 2014

After getting engaged they got married within five months in a private ceremony at the Santa Barbara Courthouse on August 22, 2014. This month, their marriage marks six years anniversary.

He was Previously Married to Film Producer, Kristen Emhoff

Douglas was previously married to the film producer and co-founder of ‘Prettybird’, Kristen Emhoff. They have two children together namely Cole and Ella. His son, Cole has already graduated from Colorado University while his younger daughter Ella is studying at the Parson School of Design.

They have been divorced for a long time ut they are on good terms. Kamala is also a close friend to his ex-wife Kristen. Although Kamala and Douglas have no children together, Kamala is a proud stepmother to Doug’s children from his previous marriage.

He is Very Supportive of His Wife’s Political Ambitions

Doug is one of such husbands who supports their wives fully in their careers. He has appeared to campaign trails along with his wife for elections. When she was running for the presidential campaign in 2020 he was encouraged her and provided his full support when she backed out from the election to endorse Biden.

He is probably the sweetest political spouse who is the number one cheerleader of his wife despite having to bear through overwhelming experience as a husband of a politician.

He Made Headlines for Escorting the Protestors

When Harris was giving a speech while running the presidential campaign, an animal rights protestor came on stage and pulled the microphone away. This made Douglas raged and he quickly stood up for his wife and escorted that protestor off the stage. Such a caring husband indeed. 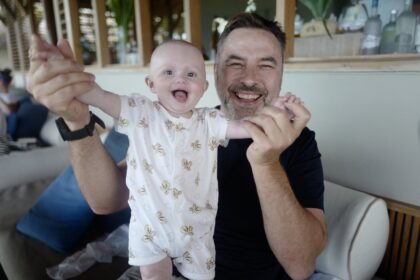 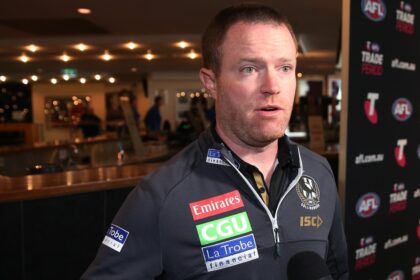 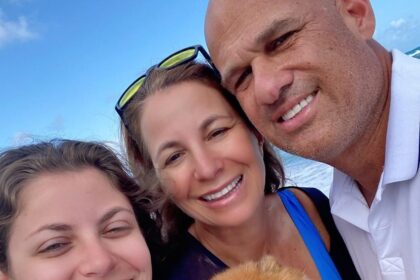